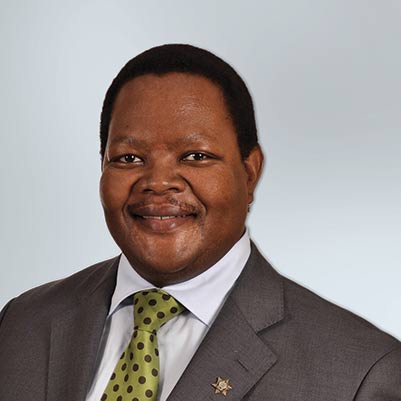 e is also Chairman of Boardroom Alliance (Pty) Ltd – which holds the sub-Saharan trading license for Executive Search firm Heidrick & Struggles. Non-Executive Director BioTherm Energy (PTY) Ltd; one South Africa’s foremost renewable energy companies. He also volunteers as a Member of the Nelson Mandela Children’s Hospital Fund’s Fund Raising Committee and is a Trustee on the Board of the Nelson Mandela Children’s Fund. In April 2016 he was one 14 trustees appointed by HE The President of the Republic of SA to serve as a Trustee on the Board of Trustees of BRAND SA. During the 2010 FIFA World Cup, Mpho led the team that kept the lights on; firstly, as Interim Chairman & CEO (3rdQ 2009) and as Chairman of Eskom Holdings Limited SOC from 10 June 2010 until his term as Director concluded on 27 June 2011, after serving on that board for nine years. Qualifications: Bachelor of Administration (B.Admin) University of Zululand, B.Admin (University of Pretoria), EDP, Kellogg School of Management and Post. Grad Diploma, Retailing Management, University of Stirling.
All speakers
Time and date

"Welcome Address from the Chair of IIAMI"