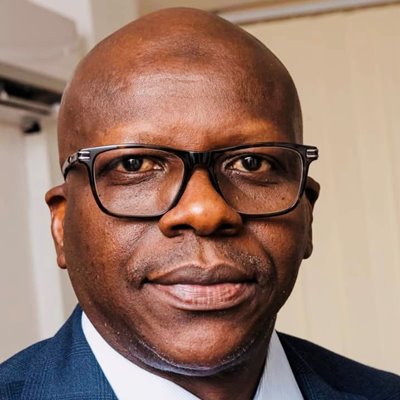 Mr. Aboubacar Kagbè Touré holds a postgraduate degree in Law from the University of Conakry (2006 session). He began his career at the Central Bank of the Republic of Guinea (BCRG) in 1987, as a supervisory officer in the Administrative Services Department. He climbed all the steps of the career plan of the BCRG to reach the rank of inspector general in 2012.

In parallel to his evolution at the BCRG, he benefited from several training actions abroad:
- at the International Development Law Institute (IDLI 1990) on the techniques of negotiation of financing contracts and the resolution of legal disputes,

- at the African Insurance Institute, on insurance techniques (property and casualty and life insurance) from December 1992 to June 1993,

In terms of practical training and study trips, Mr. Touré has benefited from training at the Bank al Maghrib (June 1989), the Société ivoirienne des banques (in 1992), the Direction des assurances du Sénégal (1994), the CIMA (1998) and the Institut international des assurances (IIA 1995).

Mr. Touré has conducted numerous missions to supervise banks and insurance companies in Guinea and has participated in the negotiation of financing programs with the Breton Woods Institutions. He was a member of the drafting committee of the Guinean insurance code and accounting plan, and a member of the drafting team of the BCRG staff statutes. His long experience in the fields of finance, banking and insurance and his perfect knowledge of the Guinean administration, led him to be appointed in 2011, by the President of the Republic, as Deputy Director General of SOGUIPAMI.

In addition to his duties at SOGUIPAMI, he chairs the Board of Directors of United Bank of Africa (UBA) Guinea (since 2010) and sits on several other boards and technical committees of mining companies operating in the country.
All speakers
Time and date

The World Bank and African Legal Support Facility welcome you to the African Mining Legislation Atlas (AMLA) Toolkit Launch. AMLA has developed two knowledge products (“Toolkits”) focused on proposing strategies that enable practical implementation of the Guiding Template’s provisions on (i) state equity participation and (ii) local development and community engagement. These Toolkits will provide publicly accessible information and analysis of various legal approaches to address these two important areas in inclusive mineral development. As part of the launch, AMLA will host a panel discussion to address experiences in and evolving approaches to state equity participation.