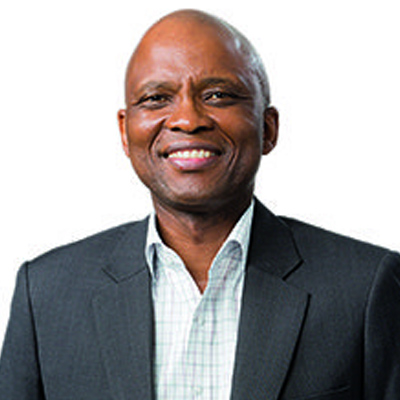 Mxolisi Mgojo has been in the mining industry since 2001. Prior to that, his career includes 10 years as a software engineer and 8 years in the finance industry including Societé Generale Investment Banking. Mgojo has been with Exxaro Resources since its inception in 2006, heading the Base Metals and Industrial Minerals business before being appointed as the Executive Head of Coal in August 2008. In May 2015 he was appointed as CEO Designate and took over the reins from Sipho Nkosi as Chief Executive Officer on 1 April 2016. Before joining Exxaro, Mgojo was a founder member of Eyesizwe Coal where he was the Marketing and Logistics Manager. Mgojo sits on the boards of Exxaro Resources and Tronox Limited.