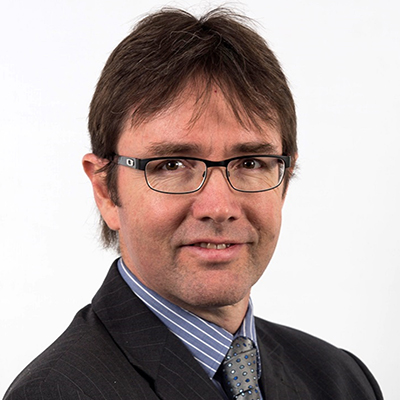 Roger Baxter is the Chief Economist of the Chamber of Mines of South Africa and Chairman of the Business Unity South Africa Standing Committee on Economic Policy. Roger has been employed at the Chamber since 1992 (since 2000 as Chief Economist). He has been involved in most matters related to the economics of minerals and mining policy, but has also played a much more encompassing role in organized business. For example, he chairs the BUSA Committee on Electricity and has been intricately involved in the National Electricity Response Task Team, the Presidential Join Working Group on Electricity and in the NEDLAC electricity emergency process, which culminated in the Energy Summit on 16 May 2008. Given the key issue of electricity, it is interesting to note that Roger was a member of the Business Team that negotiated the National Energy Policy White Paper in NEDLAC in 1998.

Roger has served on a wide range of committees and structures both within the Chamber and externally. He has participated in the Chamber team negotiating a new mineral policy with the new democratic government. In this context he has researched position papers on beneficiation, black economic empowerment, the economics of the new Minerals Act, minerals taxation and the proposed new Minerals Royalty Bill. Roger was a Chamber negotiator on the Mining Charter, the Charter’s Scorecard and for the Mineral Royalty Bill discussions. He has dealt with a multiplicity of other mining specific issues including participating on task-teams dealing with the World Bank Group Extractive Industries Review, the Water Research Commission Steering Committee on the development of a Waste Water Discharge Charge System for South Africa, the first and second gold lobby efforts to prevent open market sales by the IMF, the EU Registration and Authorisation of Chemicals (REACH) proposals, the Rail Industry Transport Collaboration Forum, to mention but a few. He was a member of the Chamber team on the Diamonds Amendment Bill and Money Bill and gave the Chamber’s presentation to Parliament. In 2006 he was appointed to the Board of the Precious Metals and Diamond Regulator. He has also done a substantial amount of research on minerals beneficiation. In the past two years he has completed a significant amount of research on the economics of the international and local mining sectors and has led the Chamber’s input to the Mining Industry Task Team on Investment established in November 2006 to investigate the reasons for the decline in mining investment in South Africa in 2004 and 2005. He also co-chairs the Regulatory and Investment Task Team established by the gold mining industry via the Monitor Gold Study. He is a member of the Platinum Beneficiation Committee investigating the potential for greater beneficiation in South Africa.

Roger has played an active role in organized business through Business Unity South Africa (BUSA) and has played an active role in tripartite discussions that go back to the original National Economic Forum established in 1994 to the current National Economic Development and Labour Council (NEDLAC). Roger is the current chairman of BUSA’s Economic Policy Committee and is one of the business principal members of the NEDLAC Trade and Industry Chamber. He was involved as a principal member of the BUSA negotiating teams in NEDLAC for the new Skills Development Bill, the Energy Policy White paper, the Water Pricing Policy and led the BSA teams input on the Nuclear Regulatory Bills, the negotiations on Industrial Policy (including helping to write the business position papers), the Integrated Manufacturing Policy and the Minerals Development Bill in NEDLAC. He also was part of the BUSA competition policy task team. He led the business input to the Presidential Growth and Development Summit on investment issues. He has participated in engagements with members of the Harvard team doing a “Growth Diagnostic” on South Africa.

He has played roles in a number of other BUSA projects including previously chairing the BUSA Privatisation Task Team and Chairing the BSA Steering Committee on the research project entitled “Breaking through the Economic Growth Barrier”. He is currently leading the BUSA input on administered prices and on raising the economic growth rate in NEDLAC. He developed a briefing note on Social Pacts and the Irish experience, which he presented to the National President and other Cabinet members at a BUSA-Presidential Working Group meeting in July 2005. Roger chairs the BUSA “Economic Growth Task team” which is engaging government on the Accelerated and Shared Growth Initiative (ASGISA). He presented BUSA’s views to the President, Deputy-President and members of Cabinet in a series of meetings in 2006 and 2007.  He has participated in the external reference group selected to assist the government in developing a new industrial policy for South Africa. Other issues he has been involved in include macroeconomic policy, fiscal policy, the national budget, transport and electricity restructuring, migrant labour policy, labour market policy, microeconomic policy reforms, energy policy, environmental policy, sustainable development policy and so on. He has published articles in various financial and economic journals. He has presented to a multiplicity of conferences and seminars on issues as diverse as minerals policy right through to South Africa’s competitiveness versus the key international competition.

Roger completed post graduate studies in economics at the University of Natal before joining the Chamber of Mines. He was a member of the State President’s Adjudication Committee for Export Achievement awards for 4 years. He has played a role in the South African Chapter of the International Chamber of Commerce (on the Executive Committee) and was previously a director on the boards of the Rand Refinery and the National Productivity Institute. He is currently a board member of the Precious Metals and Diamond Regulator. He is a member of the Investment Analysts Society of South Africa and the Economic Society of South Africa. He previously sat on the Central Council of the Economic Society between 2002 and 2007 as the Chair of the Finance Committee.