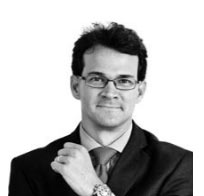 Sean Gilbertson graduated as a mining engineer from Wits University in South Africa having spent time in the country’s deep- level gold and platinum mines. Mr Gilbertson worked as project financier for Deutsche Bank in Frankfurt and London specialising in independent power projects and public/private partnerships.

In 1998, Mr Gilbertson co-founded globalCOAL, a company that played a central role in the commoditisation of the thermal coal industry, and was appointed chief executive officer in 2001 when the business was acquired by industry players, including Anglo American plc, BHP Billiton plc, Glencore International AG and Rio Tinto plc. He was also co-founder of the pioneering Spectron eMetals trading platform for category I and II members of the London Metals Exchange.

05/11/2022 11:30 05/11/2022 12:30 What is Industry and Government doing to protect and legitimize the millions of artisanal miners who contribute to the metals and minerals economies across Africa?  Inclusive artisanal and small-scale mining: what does this mean in practice?

It is estimated that the artisanal and small-scale mining sector represents the primary source of employment for almost 45 million people across the world, and the livelihoods of another 134 to 269 million people depend on the supporting industries of the ASM sector. In Rwanda, artisanal miners contribute approximately 2.5% of GDP and in Uganda, it is estimated that inclusion of ASM in the formal economy would mean the country’s GDP would increase by 5%. College graduates in Ghana find it easier to find work in ASM than any other job in the capital Accra.

However, the majority of ASM is informal (80-90%) and some is illegal. Poor or under-regulation, poor enforcement of existing regulation, and high mobility among ASM make good governance and sustainable development of the sector elusive, and make confrontation, accidents, fatalities and other human rights violations all too common. Developments in minerals markets pushing for improved environmental and human rights due diligence – intended to support human rights and environmental protection - create further threat, as buyers move to privilege organised, professional producers, which are a minority amongst ASM. Without concerted support, artisanal miners will remain marginalised and unable to develop. Or does this new wave of market focus on environment and human rights at last give us a window of opportunity for inclusive supply chains and minerals sectors?

1.    Are we experiencing a tidal shift in the status of ASM as an acceptable provenance for responsible minerals and as a legitimate member of the minerals sector?
2.    How can ASM be engaged in the pursuit of the UN Sustainable Development Goals and in the fulfilment of the UN Guiding Principles for Business and Human Rights?
3.    How are donors, investors, mining companies and governments making progress in lowering the risk of engagement with and support to the ASM sector?
4.    What innovations and good news stories exist that we should be drawing inspiration from? Stage A
Venue

"What is Industry and Government doing to protect and legitimize the millions of artisanal miners who contribute to the metals and minerals economies across Africa? "