A reunion to remember

A reunion to remember

Thank you for attending Mining Indaba 2022, a reunion like no other! It was great to return back to Cape Town with the mining community all under one roof.


It was a jam-packed week of networking, deal-making, and pioneering discussions from influential leaders. This year’s overarching theme was the ‘Evolution of African Mining: Investing in the Energy Transition, ESG, and the Economies’. Looking to the future with hard-hitting streams that bring change to the industry.

We also welcomed three Heads of State and one Prime Minister, the President of South Africa, H.E. Cyril Ramaphosa, President of Botswana H.E. Mokgweetsi Masisi and the newly elected President of the Republic of Zambia H.E. Hakainde Hichilema, and the Prime Minister of the Democratic Republic of Congo H.E. Jean-Michel Sama Lukonde Kyenge, who all shared their visions for the future directly to the Mining Indaba community.

Save the date 6 – 9 February 2023 for next year’s Mining Indaba will be back in it’s February spot in everyone’s calendar.

Check out the official Mining Indaba images for 2022 - can you spot yourself?

Learn more about our 2022 Advisory Board

Thank you to our 2022 sponsors

Mining Indaba and 121 Mining Investment Cape Town are working together to deliver an unrivalled offering for the entire African mining ecosystem and drive the sustainable development of African mining economies.

The two events will bring together mining companies, investors, government leaders, service providers, and thought-leaders across one week of unmatched networking, insights, and business development opportunities. 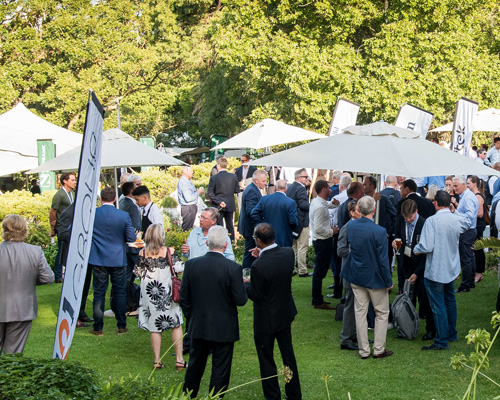 "The Mining Indaba has been a significant platform in Africa’s mining industry for over 27 years – bringing together unique voices and perspectives. We look forward to being back at the Indaba in-person in May 2022, where we will continue to interact and learn from our peers, host governments and investors who are at the heart of Africa’s mining industry."

The future for sustainable mining in Africa lies in circular thinking